This week students at Dulwich College Shanghai Puxi will continue a tradition that has been an important feature of a Dulwich education for hundreds of years: our House system.  Students in Year 1 and all our new students will become members of one of our four Houses: Song, Earhart, Yung and Shackleton.  It is a special moment because they will remain in that House until they graduate.

Why is our House system so important?

Being part of a House fosters a sense of belonging and contributes to their personal development in many different ways.

Communication, collaboration and teamwork
When I visited Yale University, the Admissions Officer emphasised the importance of student on student relationships, stating "If you are not looking to learn as much from your peers as you are from your classes then Yale is not for you". The House system provides students with meaningful opportunities to engage with a much wider group of their peers across all age groups.

Mr Walker, Head of Shackleton House sees real value in this, stating "One of the main benefits of the House system is forming friendships with students from different year groups".

Our Junior School House Captain's favourite event last year was the House Christmas Tree Decorating Competition because they enjoyed working together.  All our House activities involve communication, collaboration and teamwork. These are essential skills for university and beyond.

Taking part, playing to win and learning to lose
The House system provides a wide range of enrichment opportunities for students to take part in: from sports events to chess tournaments and from talent shows to quizzes. Universities are looking for students who get involved. When I visited Johns Hopkins University, the Admissions Officer shared, "We want to see students who are opportunity seekers".  The House system promotes a culture of participation and friendly competition. Through House competitions, student experience both victory and defeat.  As Mr Amin comments, "Nothing galvanizes a House like Sports Day".  Students play to win but learn to lose. These are valuable lessons for life.

Learning through leading
The House system creates a range of leadership opportunities for our students.  From formal positions such House Captain to specific roles such as event organiser or team captain, students are empowered to exercise voice, choice and ownership. They gain experience of taking responsibility and being accountable as well as the satisfaction of making a difference.  Through these experiences our student leaders develop into great role models for their younger peers, inspiring them to become the next generation of leaders.

Everything you need to know about our House System

We are preparing our students to Graduate Worldwise.  Our Houses celebrate our international mindset and reflect our commitment to diversity, equity and inclusion.

Song House
Song Qingling (1893-1981) was a Chinese born public figure. After the establishment of the People’s Republic of China in 1949, she held several prominent positions and travelled abroad in the early 1950s, representing the government in international activities. Song demonstrated an unswerving commitment to human rights and the elimination of poverty. She was Honorary President of the All China Women’s Federation and formed the China Welfare Institute, dedicated to the welfare of children, which affected the lives of millions.  Song exemplifies our College values: Be Kind and Make a Difference
House Colour: Red
Notable Achievements: Song House is the current holder of the House Challenge Cup.
Did You Know?:Song Qingling was named Honorary President of the People’s republic of China in 1981, making her the first female president of an Asian country.

Earhart House
Amelia Earhart (1897-1937) was an American pioneer of aviation.  She is famous for being the first female pilot to fly across the Atlantic Ocean. Later in her career, Earhart became the first person ever to fly over both the Atlantic and Pacific Oceans. Tragically, in 1937, she mysteriously disappeared while attempting to circumnavigate the globe from the equator.  Earhart exemplifies our College values:  Aim High and Work Hard
House Colour: Purple
Notable Achievements: Earhart House is the only House to have won the House Challenge Cup two years in a row.
Did You Know? Amelia Earhart was an instrumental supporter of the Equal Rights Amendment, which guarantees legal gender equality for women.

Yung House
Yung Wing 容闳 (1828-1912).  Also known as Róng Hóng, Yung was a Chinese born educationalist. He is commonly known as the ‘forefather of the modernisation of China’. Yung’s greatest achievement was to persuade the imperial Qing Court to permit the Chinese Educational Mission. Students from Yung’s education programme studied in the US and returned to China to become the country’s first generation of 20th century railroad builders, engineers, medical doctors, naval admirals, diplomats and educators. Yung Wing exemplifies our Collage values:  Work Hard and Make a Difference
House Colour: Blue
Notable Achievements: Yung House was the first House to win the House Challenge Cup and is famous for its dominating performances in the tug-of-war.
Did You Know?: Yung Wing was the first Chinese citizen to graduate from Yale University in 1854.

Shackleton House
Ernest Shackleton(1874-1922) was an Irish-born British adventurer and is hailed as one of the greatest explorers of the 20th Century.  An alumni of Dulwich College, Shackleton demonstrated both leadership and perseverance. In 1914, Shackleton led a Trans-Antarctic Expedition. Disaster struck when his ship, Endurance, became trapped in the polar ice. Shackleton led his men to Shelter and sailed out in an open boat (now on display at Dulwich College in London) to seek help. He returned and rescued his crew, all of whom survived the ordeal. Shackleton exemplifies our College values:  Be Kind and Respectful
House Colour: Green
Notable Achievements: Shackleton House is famous for its compelling House chant.
Did You Know? Ernest Shackleton joined an expedition led by Captain Robert Falcon Scott to try and be the first to reach the South Pole.  Although they were unsuccessful, this experience motivated Shackleton to lead his own expedition.

3 House events you should know about

Miss Kerr’s favourite House event is this Friday’s Primary House Sorting Ceremony, which she describes as truly magical.  The Senior School House Banquet is equally special.  Here are three more House events you should know about. 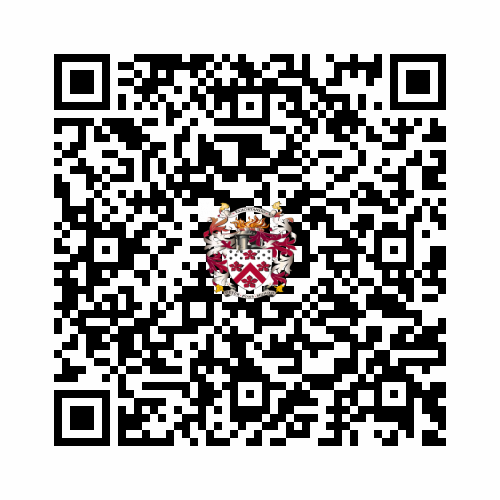