Dulwich College Shanghai Puxi is made up of students from around the world, with a depth and breadth of experiences that create a vibrant, thriving student body community.

In this series of Student Voice articles,  we provide a platform for the students in our community to share their experiences and passions and we explore how Dulwich has helped them Learn Worldwise, so they can Graduate Worldwise. 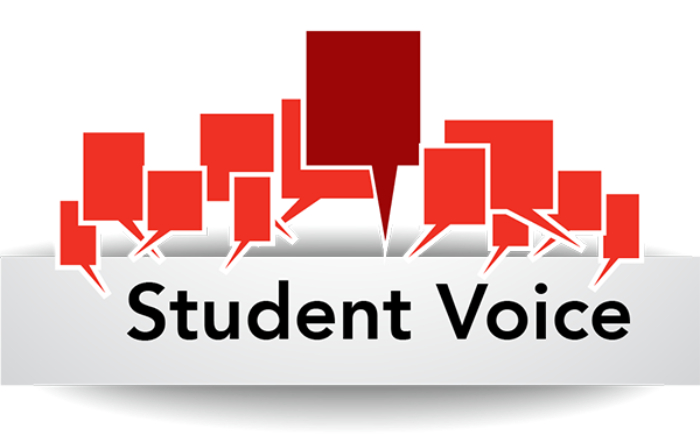 Over the course of the past academic year, Marketing and Communications Intern, Vaishu, has been interviewing members of the community and highlighting the Houses system, one House at a time. In her last article this year, Vaishu takes us on a tour to learn more about Dr Sameera Moussa – a female nuclear physicist who broke stereotypes for women at the time, and who spent her life fighting for the peaceful use of nuclear technology. We will also get to know as to why Earhart House was renamed to Moussa House.

The Life and Times of Dr. Sameera Moussa 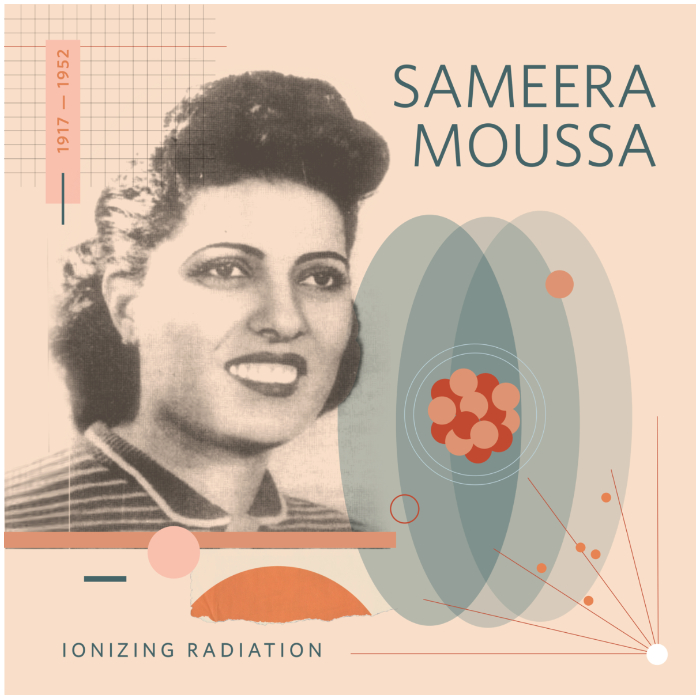 Dr Sameera Moussa is a world-renowned nuclear physicist who worked toward getting a treatment for cancer. While that alone is commendable, what was even more impressive is the fact that she wanted to make this treatment as cheap as aspirin.

Amongst her many achievements, “she was the first woman to earn a PhD in atomic radiation, the first to gain an assistant professor position at Cairo University and globally, she was one of the first advocates for nuclear hazard protection” (Green, 2018).

Born on the 3rd of March 1917 in Gharbia Governorate, North Egypt, Dr Sameera Moussa was for the most part raised by her father. Dr Moussa’s father worked as a political activist in the Gharbia region, but her mother had died earlier on because of cancer. This was one of the main things that influenced Dr Moussa’s career choice.

After excelling at school, Dr Moussa wanted to go to the University of Cairo and wanted to join the school of engineering. However, she chose to go to the school of science, graduating in 1939 with a first-class honour Degree in Radiology focusing on the effects of x-rays on different materials.

From here, Moussa commenced a PhD focusing on peaceful applications for nuclear science, specifically looking at the use of radiation to identify cancer cells. Her work helped her gain prominence in the field, and “she finished her PhD study in England, solidifying herself as the first woman to achieve a PhD in atomic radiation” (Green, 2018).

Sameera was dedicated to using atomic energy only for peaceful uses, and was one of the few scientists who  was an expert on x-rays. At the time, “x-ray technology was extremely clumsy and costly to run. X-rays are extremely useful in the field of medicine, even today they are used daily by millions of doctors across the globe to identify fractures and breaks in bones, so rather than abandoning the technique Moussa worked to fix the many issues it had, including: a need for shorter exposure times, easier fluoroscopic procedures, improving the flexibility of x-ray beams, decreasing patient exposure, and increased mobility” (Green, 2018).

Soon, after volunteering at hospitals, she started the first steps to keep her promise. She had once said, “I’ll make nuclear treatment as available and as cheap as Aspirin”. She developed an equation, but it was abused in the nuclear warfare. While Sameera was at England during this time, after seeing what they did to her discoveries, it prompted her to set up the Atomic Energy for Peace Conference.

Due to her outstanding work, Sameera Moussa received the Fulbright Scholarship in Atomic Radiation from the University of St. Louis. Soon, she was offered the American Citizenship to continue her work there. However she refused and famously said “My country awaits me”. 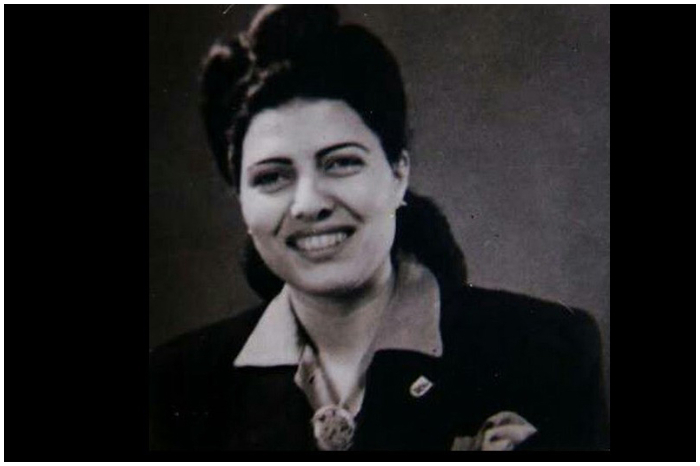 On the August 5, 1952, it is alleged that she died in a car accident due to the condition of the road. However, many people believe it was an assassination. People think she was targeted because some were upset at the fact that she refused the US citizenship. There was also anger towards her due to a mix of racism, xenophobia and misogyny, as she would be the first non-US citizen to have access to the nuclear labs in California.

She received a lot of awards such as, ‘Being honoured by the Egyptian Army’, ‘Being awarded the Order of Science and Art, First Class’, ‘A laboratory at the Faculty of Science and a school in her village were named after her’, ‘The Egyptian TV transmitted a serial titled The Immortal dramatizing her biography’, ‘In 1998, while celebrating Egyptian Woman Day, it was decided to establish a cultural solace in her birthplace bearing her name’, ‘A book was published covering her life and scientific contributions’.

Why was it decided we would rename Earhart House? With such well-established traditions, changing the name of a House is surely a decision that isn’t taken lightly. I interviewed Mr Ingram to learn more about the processes:

Q: Why did you feel that Earhart should be renamed?

We are preparing our students to Graduate Worldwise and global citizenship is an essential part of the Dulwich College Shanghai Puxi curriculum.  The murder of George Floyd while in police custody on the 25th May 2020 prompted worldwide reflection on the issues of diversity, equity and inclusion.  Thinking about our House inspirations, I challenged our staff and student leaders with the question: how we could show greater diversity?  Our Head Student, Isabel, rose to this challenge. 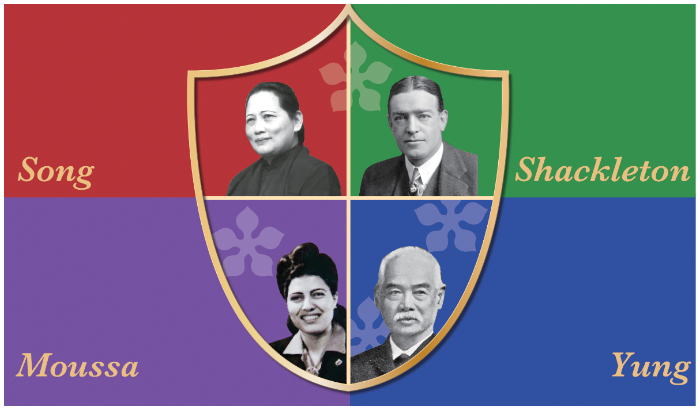 Q:What was the process of elimination and how and why did the name Moussa win?

The process for choosing a replacement for Amelia Earhart was led by our Head Student, Isabel, and our Earhart House Captains, Richard and Erina.  They researched a wide range of possible candidates and shared these with their peers in Earhart House.  Through a series of votes, the students narrowed down the field to the final three candidates - Sameera Moussa, Lee Tai-Young and Maya Angelou  - with Sameera Moussa emerging as the most popular choice.  I would like to recognise Isabel, Richard and Erina for leading and managing this process.  I would also like to commend the students of Earhart House for embracing the process and being open to change.  This is something to celebrate for our community.

Sameera Moussa is a worthy winner.  She was a groundbreaking Egyptian nuclear scientist, who hoped her work would lead to affordable medical treatments and the peaceful use of atomic energy.  Born on 3 March 1917,  Sameera Moussa attended Cairo University, where she became the first woman to earn a doctorate in atomic radiation and the first woman to hold a teaching post. One of her goals was to make the medical use of nuclear technology accessible to all people. She is credited with saying, “I’ll make nuclear treatment as available and as cheap as Aspirin.”  Our students chose Sameera Moussa because she really exemplifies the Dulwich College pioneering spirit. 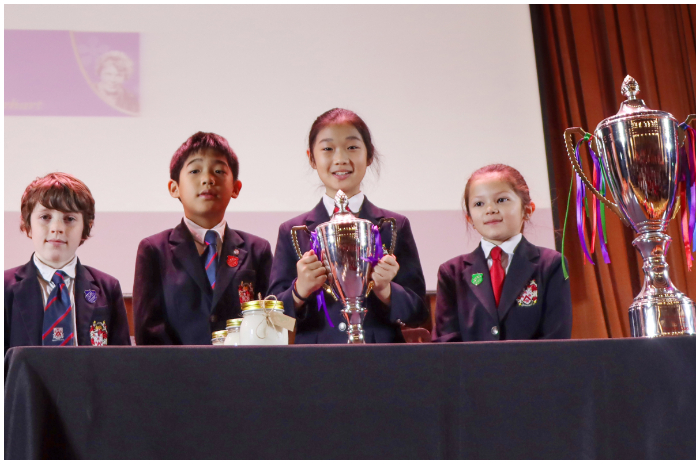 Q: How are the themes of diversity and inclusion related?

Diversity is about people.  Diversity celebrates that individuals and groups can be different from one another. Diversity includes but is not limited to race, ethnicity, gender, gender identity, sexual orientation, age, social class, physical ability or attributes, national origin, beliefs and value systems.

Inclusion is about belonging. This is achieved by creating a culture in which every person or every group feels welcome and feels able to participate and contribute. We want our College to provide an nclusive and welcoming environment.

So how are diversity and inclusion related?  An inclusive culture celebrates and promotes diversity by: 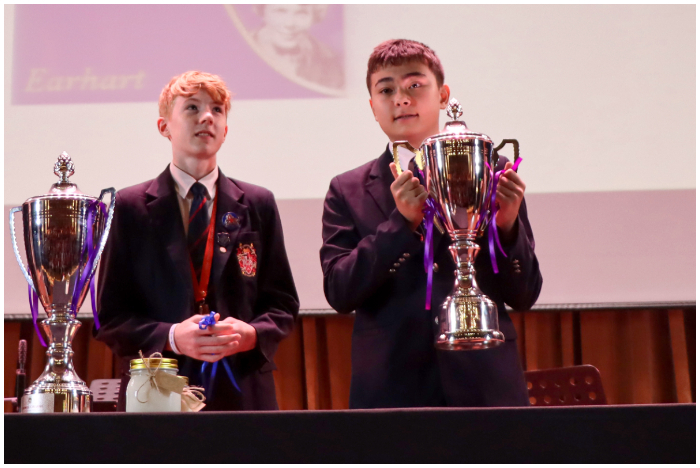 Q: How are we going to honour Earhart?

Amelia Earhart will always be remembered fondly at Dulwich College Shanghai Puxi.  Earhart has been an important part of our first five years and we want to honour her legacy at our College.  From this year onwards, the annual Endeavour Awards will be known as the Earhart Endeavour Award.  Recipients of the award will receive a specially designed commemorative pin.  We look forward to sharing these with our community later this term. 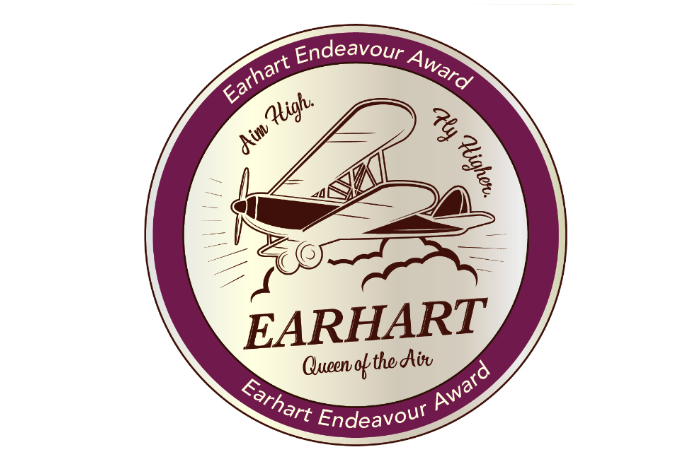 Thank you for taking your time to read this article. We hope you now have a deeper insight of our renaming process and how it was essential for our growing community. 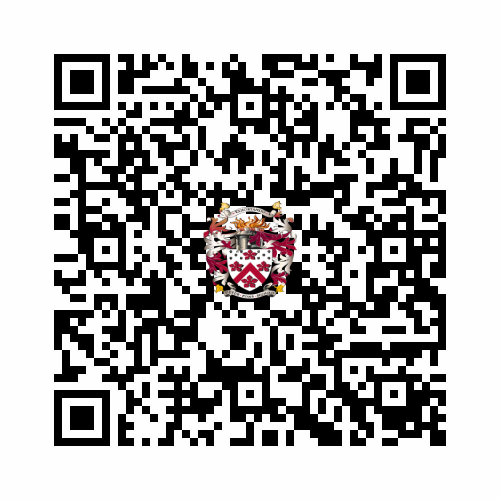